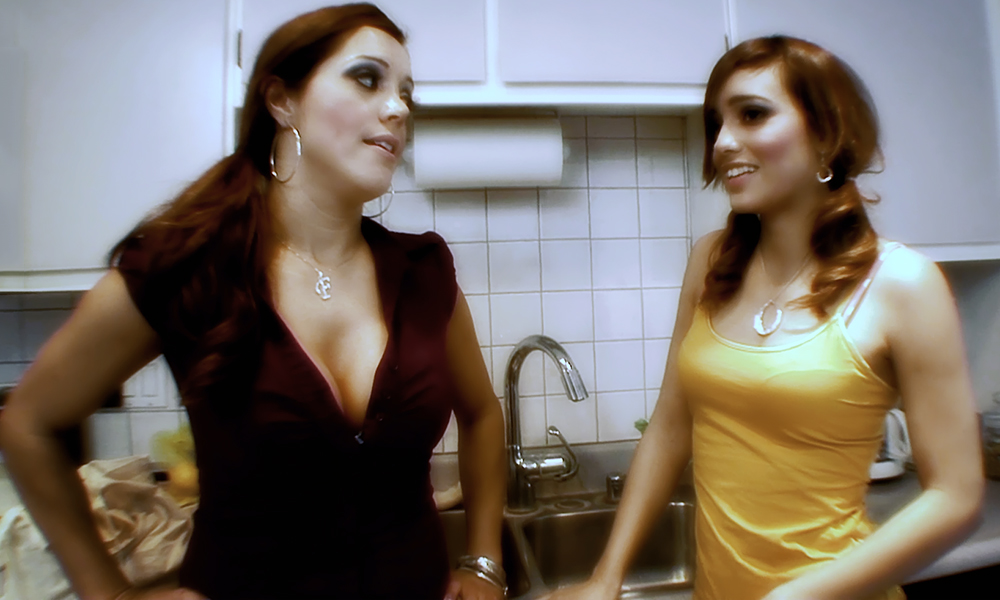 See? In this industry it can be difficult to even write about being politically correct while being politically correct. So imagine our dismay to discover two young women in a kitchen talking about cooking. Granted, women do still cook, and we’re fairly certain that they still eat, but these days any stereotypical scenario raises alarm bells — which sort of begs the question about how they became stereotypical in the first place, but let’s try and just tackle one little predicament at a time, shall we?

The new bride needs to learn to cook Latin food. OK. So the “know how to feed your man” line was probably bad, since we also need to know how to feed ourselves. But when they roam into the realm of needing cooking skills in order to be married to “keep your husband happy,” well, we lost it. And they should have lost it too.

All of that aside, this technically qualifies as a “reheating” lesson rather than a cooking lesson. Then again, a slight possibility remains that the Sex Education part of the clip might be the point of the enterprise. We consider that a shame, really, as we would honestly love to have Francesca Le’s green chili recipe. It could be that we have once again wound up with the minority opinion, however. That happens.

Lots and lots of kissing later, and “We’re just freaky, baby!’ basically sums up the lesbian interlude. Good thing they forgot to turn on the stove, or the food would have burned. It did broaden — only in the politically correct meaning of “broad,” naturally — our perspectives around here, though. We have now decided that we are all willing to learn anything at all that Francesca wishes to teach us. Awesome color work on this one, by the way, but it didn’t quite make up for the fact that we missed her at AEE this year. It simply wasn’t the same.

What’s politically correct a lot of times is not funny.Denis Leary

Oh! And for the record, they really need to put handles on the cabinets in that kitchen. If they use women for that task too, all should be well in the world.