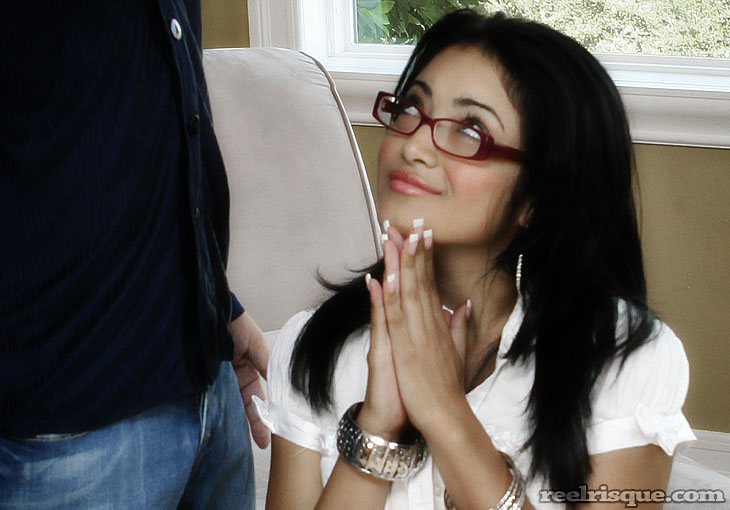 If you want to really show off the acting abilities of your basic adult movie starlet, give them a role to which they can easily relate. Give them a scenario, a mood, an attitude with which they have some personal history, and voilà! You have a great acting experience.

Let’s face it, Hollywood has no shortage of guys with big muscles, but not many people outside of Schwarzenegger could have pulled off The Terminator nearly as well. Granted, the Academy voters tend to recognize these “acting technically, but not really acting as such” sort of roles, so our former Governor did not receive any Oscar nominations for his role as the emotionless killer from the future. Alas, Arnold did an absolutely stellar job nonetheless.

He was great. So when Andrea Kelly hears her instructions on the day of this filming, she pretty much had it all figured out from the get-go.

Presumably somewhere somebody has a list of “standard fantasies” in order to help guide the intrepid gonzo adult movie director. Many of these, as regular readers here will attest, we often cast into the EEEW category — definitely more shock than awe. We have a wide variety of individuals with the concurrent diversity of background that one would expect from an online company operating in the second decade of the 21st century. Yet we could not find even one person that even knew one person that had ever tutored a rich college student in preparation for her summer European adventures. Perhaps the scene here plays out across the country with daunting regularity. Perhaps.

Sometimes you just wonder where this idea came from, do you not? Or perhaps you just get distracted with thoughts like, “Oh, wow. Nice butt.” … That does seem to be the theory at the heart — or thereabouts — of most of these mini-movies.

At least Ms. Kelly learns some German on this day: Danka Sure. … Yeah, maybe close enough. But if anyone asks Andrea Kelly to say, “Sarah Conner,” she’s just not going to sound very scary.

Continue Reading
You may also like...
Related Topics:Andrea Kelly