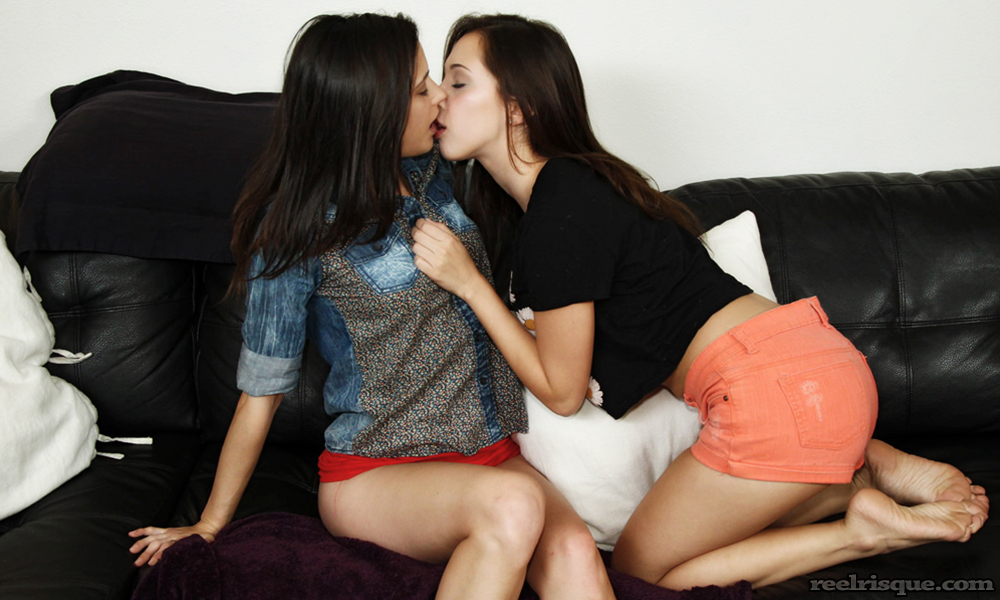 Full disclosure here, we happen to have a lot of years of college reflected in the cumulative degrees floating around the office. Granted they cover a wide range of things from Economics and Law, to Special Education, and not just the perhaps more anticipated English Lit sorts of things. Truth be told, though, dealing with the variety of people we have over the years probably more closely resembled special education skills than anything.

Having said all of that, thus qualifying us as experts — a point which that annoying law degree person felt important, by the way — not one of us can remember a Penthouse Pet of the Year ever coming in to interrupt when we were trying to study. Seems sad, does it not?

At least we have all probably said, “What are you doing?” to a lover whose intentions were perfectly obvious at the time, but the similarities in the situation today end at that point.

What ensues, somewhat predictably considering the genre, turns out to be remarkably atypical lesbian duo fare. Now all of this happened well before Georgia became a superstar in the lesbian star world, before Jenna decided to be a devoted lesbian off screen, and well before we all saw the Jenna Sativa: Penthouse Pet of the Year headlines. Women often find it amazing how much female performers can change in appearance over relatively short periods of time in the industry, but maybe having professional makeup artists, hair people, and stylists every day does prove educational. In this case, however, what surprised us most had to be that the women did a good enough job “around” that scenes that now we want to know what happened.

Sadly, no one here has ever been seduced by either Jenna Sativa or Georgia Jones, but — to be perfectly clear — almost all of us remain open to the possibility. We would be willing to ask, afterwards, of course.

In fact, Georgia and Jenna did inspire a couple of us to go out in search of little red short skirts, though, so we did get some ancillary benefit out of this scene. Hey, any day where you learn something counts as a win in our book. Take what you can when you can get it — which could sort of be the motto for the entire adult industry, come to think of it.

We should probably watch this all over again while we ponder that point.

By the way, in case you couldn’t tell by the title, those fancy college graduates around here also happen to be fans of Roadrunner cartoons. The Reel Risqué format does not utilize it, but perhaps a byline would have helped. We would use Wiley Coyote, and not just because of the age of the woman that wrote this.