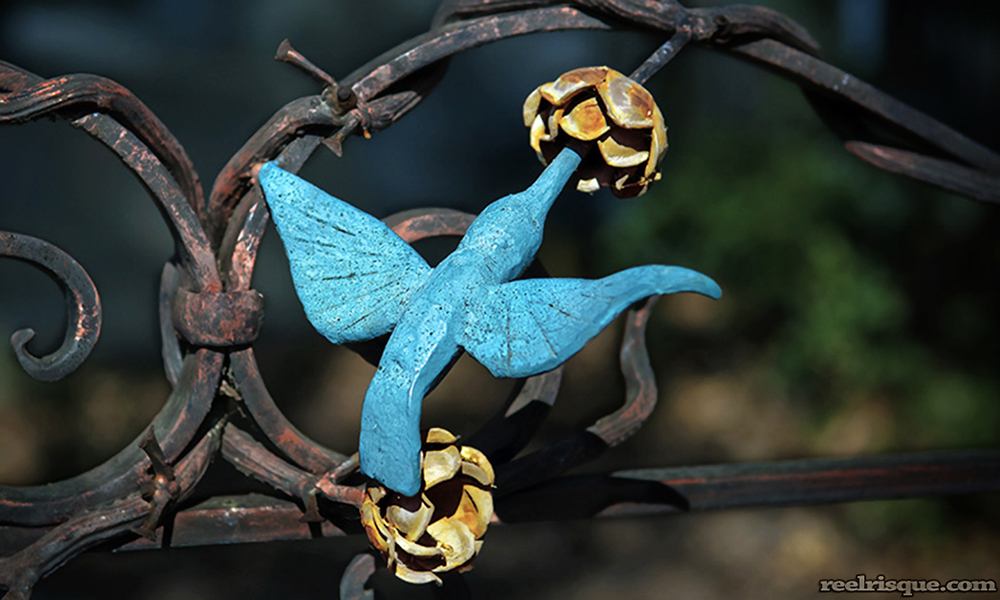 [Just a quick note here on the photo selection for Jenna Haze. Most everyone knows that the Risque Commune has chosen not to display hardcore, or even nude, photos in free areas of the web due to potential viewers out there. Considering that, you need to understand that today’s feature happens to be a 19-woman lesbian orgy, and nobody had any clothes on — ever. Consequently, we selected a few lovely shots that one of us took wandering around town one day, and we hope you enjoy them. The photos in the members’ section qualify as lovely in a quite different manner. With that in mind…]

Let’s face it: One needs a fairly significant amount of self-confidence in order to pursue a career requiring you to be naked all the time — on camera.

Even in these “enlightened” times, however, the vast majority of us would never consider performing in an adult movie, and even though a majority of the populace may support — or at least not be offended by — the industry, you’d have a very tough time finding a majority that would come out and vocally support First Amendment blow job rights. So within our business we still have an underlying Us vs. Them mentality to some degree. We no longer fear police showing up at the front door as we scramble out the back, but the parents in our ranks still rarely feel welcome at the PTA, and the professional choices after retiring from an on-camera career can often seem wholly and unfairly limited.

Get a potentially rebellious, certainly self-confident, group of adult actresses together and tell them simply to have fun? Well that they can do. … What you can do will, naturally, be up to you. (And we emphasized that word “naturally” on purpose here. Folks never talk about more than a few things that come naturally, have you noticed?)