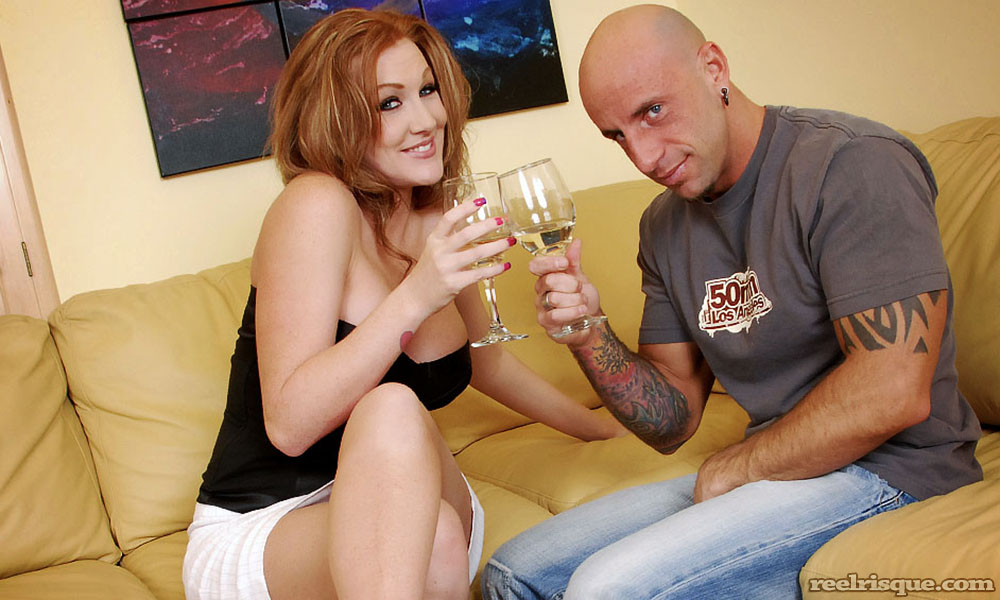 Granted after watching a few of these gonzo company presentations, the “pitch” — or plot, should you be willing to go that far in your definition — does tend to get repetitive. That said, Morgan Reigns helps the keep the boredom at bay remarkably well. Basically these all boil down to…

Handily, this fortunate in fornicating fellow always has a lad nearby with a video camera to record the festivities. Ain’t life grand?

We have said before that this sort of story all stems from the Bus Stop Tales and John Stagliano in the late 1980’s, which then evolved via the industry’s most famous frat-boy name, Seymore Butts. There’s a lot of tongue in cheek pretending going on before, y’know much more literal tongue in cheek activity. The only thing they take seriously would be the quality of the action shot, and of course the quality of the people performing the actions.

On the distinct upside, a big percentage of the people out there may not actually watch adult movies for intellectual edification, so this kind of approach suits them perfectly. These folks may have actually skipped through Julian being lost and the guy-talk banter with his passenger (also with a camera, don’t you know).

These days, Julian would have a pleasant voice in his dash guiding him to his destination, a technology that would have made the telephone conversation more interesting too. Still might not be the point, however. Besides, having electronic navigation may not make everything better. We have an entire generation (and a half, perhaps) of people in the office that never got to experience Los Angeles via the wonder of The Thomas Guide.

[Neither of these two seems to find Twitter worthy, anymore, so we decided to include a location relevant to their … um … exercises on this day. We like Barry just fine, but we really miss the Morgan Reigns connection.]

Continue Reading
You may also like...
Related Topics:featuring, Morgan Reigns