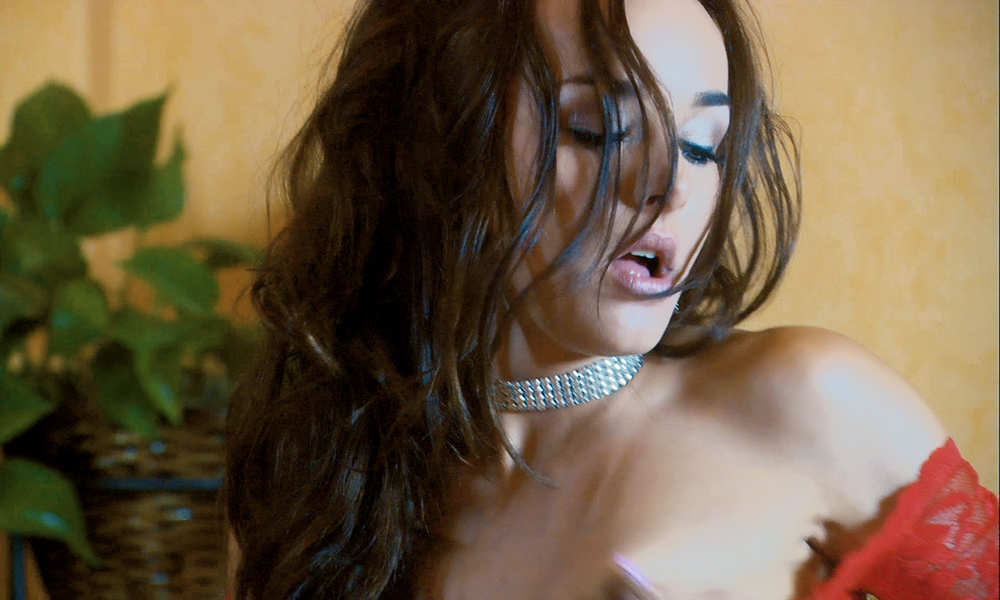 If you have something special enough about you, then you run the risk of at some point people defining you by that one characteristic. Peter North used to tell me stories of the sadness in John Holmes because he felt all people saw was a giant penis. I witnessed the same despair firsthand in Billy Glide. Not all “They only love me because…” stories end tragically, however. But being aware of the humanity underlying the fear can help a lot. Remember that with your friends.

Not ones to dwell upon sad stories, we will let that paragraph speak for itself while we move along. Let’s be honest, you can get more than enough sad stories in the politics section of any publication these days. Instead, we decided to lay some visual interpretation on Cytherea doing what she does while, well, getting laid. We always appreciate the directors that treat Cy’s orgasms as part of the scene as compared to the point of the scene. You’d be surprised at how rarely that happens. Whatever else he was in the business, Nicholas Steele had a unique vision of the adult movie business, always remembering that whatever the commercial value, the filming of the scenes involved actual human beings.

Nick always valued comfort and fun for the performers, almost (acknowledging: almost) as much as the artistic elements. He would always come back to earth when it became an obvious Art vs. Life situation, though, and we always appreciated that about him.

We have the entire movie featuring this scene on slate at Risqué Proper for later in the year, but it did seem an excellent way to show off how editing really can make a huge difference. (If you have ever talked to an editor, you might have come away noting that they often think they make ALL the difference, in fact.) While Nick had a beautiful, ultimately loving story— within the parameters of insecurity and jealousy, of course — in mind when he shot it, the right visual effects can change that mood mightily. Since we happen to be using Cytherea to test our new streaming technology, and we did notice an appalling lack of Cy videos on ReelRisque, we decided to publish the experiment along with our editorial discretion.

No matter the color treatment applied, though, the fact remains that unlike most “normal” women in the movie business, you can actually tell when Cytherea orgasms. That fact will always set her apart in some ways, a position unfortunately allowing others to overlook the many traditionally wonderful aspects of her personality — yeah, and her person.

On the upside, during her first years in the business, Cytherea also had the reputation of being high basically 100% of the time on set. Whether the cure eventuated from ending a bad relationship or motherhood in the midst of a good one, she has never had that reputation again. She still squirts, though. … But she also cares, hopes, dances, giggles and laughs. We hope Mr. Nicholas Steele continues to do well too, because we always value those gifts less received.