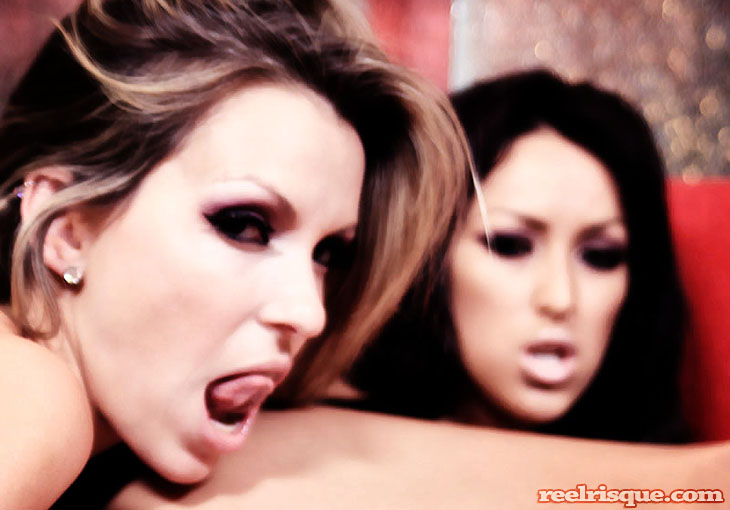 As if real breasts were not enough of an oddity in the world of adult movies actresses, Breanne Benson also originally hails from Albania, which definitely puts her in a very small portion of the Venn diagram — perhaps more venus diagram, given the subject matter. Then again, you won’t find many adult stars that held on to their virginity until “almost” their eighteenth birthday either, so Breanne has shown a unique approach to life in general.

Now you may never have given the issue much direct thought, but as with any profession, a certain distance exists between those with a certain status in the field and those who for whatever reason lack the same standing. In the movie world, a Contract Player — with capital letters, don’t you know — tends to draw the line. Without getting into the whys or why nots of seeking an exclusive deal with a single company, just know that when a very talented and independent performer sets up to work with a Contract Player, you can generally expect more than the usual amount of heat in the exchange.

So take an independent thinker like Breanne Benson, pair her then with a Contract Player, for example Courtney Cummz, and you could end up with a great deal more than your typical lesbian fodder in adult entertainment.

For those athletically inclined, think of it like your local team getting particularly attuned to the contest when the arch rival comes to town. Not that many of the stars would ever admit to feeling a “rivalry” per se, but it takes a certain amount of ego just to be willing to make your living naked, so it should not stretch credulity to understand that you could be in for a treat here — a little more oomph in the umph, to coin a phrase. The viewer might even feel a little competition in the goings-on.