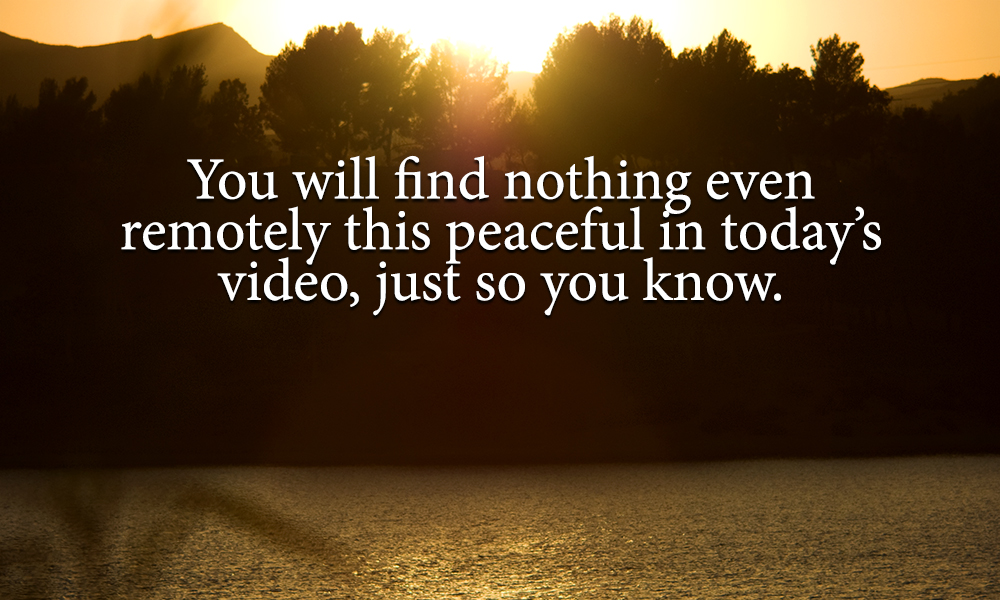 [Before we get into the discussion today, we should probably explain the “featured” photograph that you see here. Should you choose to read the post today, it will make perfect sense, but basically considering the activity involved in this particular episode, we honestly had absolutely nothing we could use out in the free areas of the web where we choose to be careful. For the record, we did not see a single sunset in the actual 4-way itself, just to be clear. So…]

It has been an odd week if you think about it:

Also, apparently someone somewhere invented the completely baffling “rough blow job” contest, because somewhere out there this activity actually turns someone on? OK. So we have actually seen people film pretty women blowing up balloons until they pop because that ostensibly floats enough sexual boats to support entire web sites. And we actually do know a couple who has made more than a comfortable living by simply filming the woman pumping her variously clad foot up and down on an accelerator pedal in a car that sounds like it won’t start. So we have no problem admitting to it being a strange world out there.

But you know how every time you think you’ve seen it all…? Yeah, well this business stands as an absolute monument to that particular philosophy.

If you have been a Risqué Commune fan for any amount of time, you will be aware that a certain percentage of our group happens to very much enjoy Lexi Love. Quite simply, they generally love what Lexi Loves, which has a nice symmetry to it even if you do not know that she happens to be one of the truly nice people in the industry, always doing her best with a smile on her face as she goes about working to take care of herself and those she loves. So when we innocently acquired a scene featuring Lexi Love, we had no idea what that decision would mean in practical terms.

Presumably most of us have at one time or another had that knock-down, drag-out, take-no-prisoners sort of bounce off the walls sexual interlude with an equally motivated partner. We probably all remember trying to catch a breath as the sweat poured off of us in rivers and honestly feeling quite excellent at the time. So while every one of us here would fall into that “wild sex” category of people, not one of us had ever even heard of “rough” blow jobs. Then we get this scene in AND then Miley May talks about the same topic in her Ginger Lynn interview — in the same week.

Now we work very diligently around here not to be judgmental, so I will address this final point from my personal perspective only. This may or may not represent the opinion(s) of anyone else around here. I have no idea. I did not ask them. So consider yourselves all officially disclaimered and such.

Out of all the fun places one might thrust vigorously on a willing and enthusiastic female, it seems more than a bit shortsighted to choose the one with teeth.

Life is weird. But one can always learn, so we do plan on asking Lexi about this particular weirdness the next time we see her. Bet Lexi Loves that.